How To Make A Good First Impression With Men 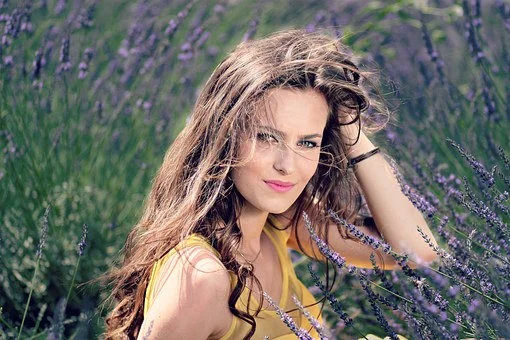 How would YOU like to give EVERYONE you meet ‘ friends, colleagues, potential boyfriends ‘ a first impression they’ll never forget?

Wouldn’t it be great to naturally win just about anyone over because of your awesome personality? Well, don’t pay any mind to your inner naysayer’ these qualities are already in you, and NOW is the best time to bring them out!

This plain truth eludes a lot of women because it’s one of those ‘right-under-your-nose’ kind of things. Well, it’s high time you played up the best version of yourself and share it with the rest of the world!

It all starts here: Get a Great Guy Guide

That’s right, all you need is the proper guidance to bring out the ATTRACTIVE and IRRESISTIBLE person that you’ve always wanted to be!

For the meantime however, I’d like to give you some pointers on how to jumpstart the inner transformation process TODAY.

Like I said, wouldn’t it be just peachy to leave folks no choice BUT to really dig you? The thing about making a great first impression is that those who are good at it DON’T put too much thought about it.

They don’t think’they just DO. In my experience, the single greatest obstacle to pulling this off is getting lost in your own head and trying to size up the situation too much.

You know what I mean: shutting out the person you’re talking to (along with the rest of the world) as your brain works overtime to second-guess everything you do!

‘Is there something in my teeth?’

‘Was I talking too fast?’

‘Sheesh, my joke sure sounded lame!’

‘I seem too eager’good luck hearing from him again!’

These kinds of thoughts are POISON to your attractiveness. Being deathly afraid of being less than perfect is going to make you TENSE.

And as you know, TENSE equals UNATTRACTIVE.

So, to put it succinctly: RELAX.

Don’t let your nagging thoughts and doubts cloud your thinking. Even if your emotions seem like chaos, you can ‘fake it ’til you make it’, as some like to say.

Let me clarify what that means: it ISN’T about putting up a PHONY personality that doesn’t really speak of who you really are. On the contrary, it’s a matter of *temporarily* putting up a semblance of being calm and collected.

Nothing more, nothing less.

At first, acting cool as a cucumber may feel like putting on a new set of clothes that feels stiff and awkward at first. However, this feeling will go away the longer you ‘wear’ this attitude of confidence.

In the meantime, you’ll just have to put up with this new feeling so that your anxiety won’t get it the way of others seeing the REAL YOU.

In due time, you’ll eventually outgrow it and being relaxed WILL become a natural part of you!

But I’m getting ahead of myself here. What are the things you should do to make people feel you’re relaxed and in control?

First of all, your body’s subtle visual cues will tip them off on what you’re feeling. Body language goes a long way in generating the aura you’re aiming for.

So, what you can do is discreetly OBSERVE your confident friends or other people you’re often with. Do you notice how laid-back their posture is?

Maybe you’ll see the way their feet are apart at just the right distance. Not too close, but not too far. There’s something about standing in a way that says you’re not about to apologize for the space you’re occupying’.

‘but at the same time, NOT being smug about it.

A good way to exude confidence is standing slightly on one leg with your back propped up just enough to avoid slouching. At the same time, you don’t want to be too upright like a solider either!

Also, resist the temptation to give away your nervous energy fiddling with the straw in your drink or that handbag you may have on you. You’ll need a place to tuck away those restless hands, but keeping your arms crossed isn’t a good idea (as it’s a very UNWELCOMING gesture!).

Instead, simply rest your hands on a stationary spot. If you’re sitting for instance, one hand could be resting on the table (if you’re sitting) while your other palm is flat your knee.

Feel free to mix and match the placing of your digits as long as they’ll serve to make you look like at ease.

My general rule of thumb here is to look away and occasionally make quick, casual glances at your conversational partner as you speak. Then, hold a more consistent gaze when it’s their turn to talk.

This is a great way to make a connection because being able to visually communicate with someone ensures that there’s a healthy amount of rapport going on. This aspect of self-confidence is often glossed over since some folks don’t realize how vital this is.

In general, this style of eye contact is flattering as your gaze implicitly tells them you’re listening to them. Giving someone your attention in this manner is a subtle way to express interest and joy to be in their company.

As women, we’re fortunate that prolonged eye-to-eye communication is well-received received men AND fellow girls. When we make eye contact, it’s generally perceived as a friendly gesture, so you can use this to your advantage!

When you think about it, looking away too much while a person is talking might send the wrong message. It could look like you’re bored to tears’or worse, that their company isn’t good enough for your undivided attention!

Similarly, not making brief moments of eye contact while speaking suggests you’re ashamed or unsure of what you’re saying. Visually reconnecting every now and then during your turn to speak implies confidence in your thoughts and opinions.

The last component of today’s first impression skill set is the ability to SMILE. Sometimes, we get so caught up in looking so confident that our facial muscles have forgotten to follow suit!

That’s ok ‘ we’ve all gone through times when our preoccupied minds have distracted us from expressing confidence with a smile. Like the other basic things, it’s easy to overlook this simple but powerful gesture.

Now, it doesn’t have to be the ear-to-ear kind of grin that would make Jack Nicholson proud. Again, you have to appear relaxed so your smile should reflect this attitude.

However, you also don’t want to do it the way salesmen do. It’s the kind of smile that seems like a rigid, unreal mask that can be taken off as quickly as it was put on.

You know what I mean, right? They’re smiling just because they HAVE to, and not from the pleasure of hanging out with you.

The type of smile you’ll need is the kind that GROWS on you during the course of the conversation. Why? It just seems more natural, relaxed, and NOT forced at all.

It’s an unspoken sign, but the message that the right smile gets across is worth a WHOLE conversation in itself. So remember to ease up on the trigger, so to speak.

In fact, there’s a powerful effect to be found in not smiling much when meeting someone for the first time. This allows you to create a connection SLOWLY flashing those pearly whites after they’ve said something to ‘EARN’ it.

Trust me, creating such an experience for that lucky person is quite meaningful ‘ even if their CONSCIOUS mind doesn’t acknowledge it.

As I told you earlier, you have a better chance of people warming up to you when they feel that their presence has made you feel better. So what I’m really saying is that your smile is a reflection of that JOY within you.

All the things we’ve covered today add up to a basic goal, which is to knock their socks off right from the GET-GO.

The first encounter is your best window of opportunity to permanently etch the kind of impression you want to make on someone.

The great thing about it all is that you have the means to make this happen, and having enough PRACTICE is what it boils down to.

You may know the basics now, but you don’t study confidence, you DO it. Only then can you truly embody the irresistible woman that’s lurking within.

Therefore, I’d like you to try out these things in the REAL WORLD where you’ll truly LEARN what works and what doesn’t. As I’ve talked about in the past, mingling with folks isn’t a matter of life or death.

Once you wrap your mind around the truth that you have virtually infinite chances to hone your people person skills, the pressure just melts right OFF.

So don’t sweat having to practice your awesome first impression-generating skills on the unsuspecting public! Just go about your day as normal, and when the next person is poised to have little chat with you, have at it!

This article comes to you courtesy of www.meetysweet.com

If you are serious about changing your love life success, the first step on your journey of self-discovery needs to be with Meet Your Sweet’s ‘Get a Guy Guide.’

If you want genuine men, and not just any man, let Mirabelle Summers and the team challenge your beliefs about love and attraction, and show you the way to become a seduction success story.

Get a Great Guy Guide 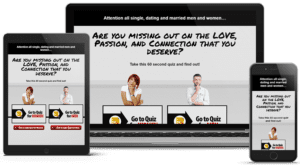 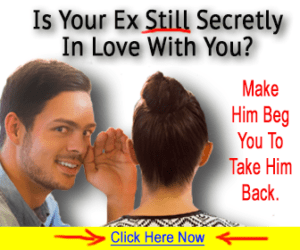